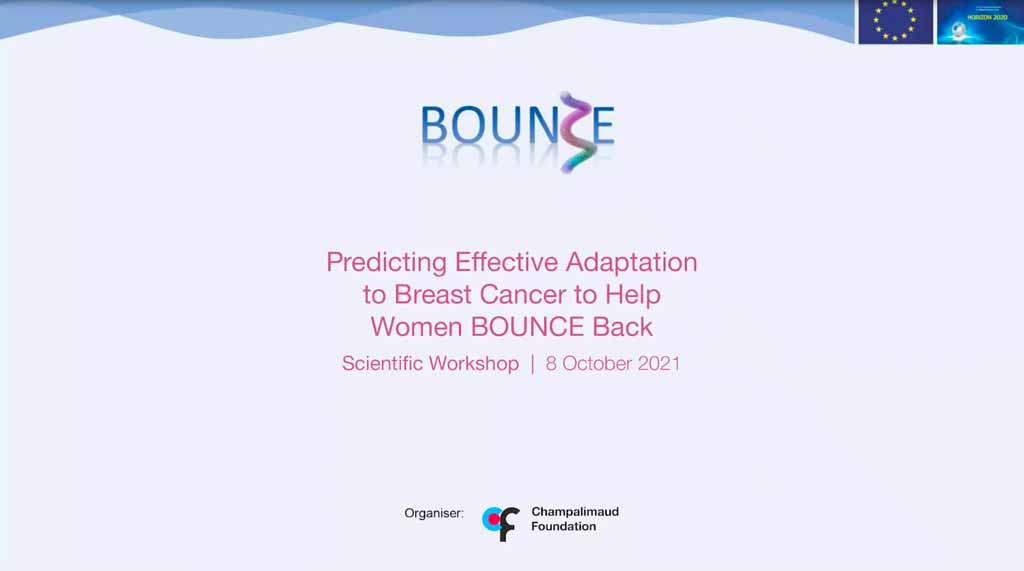 Where: Event organized by the Champalimaud Foundation, Lisbon, Portugal
When: Friday, October 8th, 2021

On the 8th of October 2021, the Champalimaud Foundation (CF) organized the fourth dissemination virtual event of the European Project BOUNCE: Predicting Effective Adaptation to Breast Cancer to Help Women to BOUNCE Back as a scientific workshop.

The major aim of the Bounce 4th dissemination event was the presentation of some preliminary data obtained from the work done so far on the Bounce project, as well as the promotion of awareness on mental health in breast cancer patients, discussing multidisciplinary care path approaches, and the latest biomedical research on depression.

In the first session, entitled “Patient-Centered Care in Breast Cancer”, several health care providers perspectives were presented, highlighting the importance of multidisciplinary work in the oncological context (oncologists, mental health care providers, nurses), as well as the patient perspective, demonstrating the importance of the patient-centered model in oncology.

Roma McGuire, nurse and professor of Digital Health at the University of Strathclyde, presented the E-smart Project, a European Multicenter randomized controlled trial testing the intervention of a remote symptom monitoring of patients with cancer receiving chemotherapy. Almost 840 patients with one of three possible diagnoses – breast cancer, colorectal cancer or lymphoma – were enrolled in the study from 12 cancer centers in Austria, Greece, Norway, the Republic of Ireland and the United Kingdom. The interventional group used ASyMS, a mobile phone-based remote monitoring symptom management system for one year, and a control group received standard treatment support.  Results show that ASyMS is effective in reducing symptom burden, including anxiety, during chemotherapy, thus improving health-related quality of life during systemic treatments through improved management of supportive care needs.

Tanja Spanic, President of Europa Donna Slovenia and breast cancer advocate, shared with us her personal disease journey. Tanja became member of Europa Donna, a non-profit organization that works to raise awareness of breast cancer, one year after her diagnosis, and soon became a very active member of this institution. This organization aims to mobilize and support women during BC treatment but also to improve breast cancer education in terms of risk factors and lifestyle interventions, give social support, and promote screening and optimal standard treatment management. Nowadays, Europa Donna is present in 47 countries and represents the interests of European women regarding breast cancer before national and European institutions.

In this session, the Bounce Project was also presented by its coordinator, Paula Poikonen-Saksela (oncologist and researcher at Helsinki University, with preliminary results on the 551 participants who completed the longitudinal assessments. The strongest features to predict the study outcomes were several psychological characteristics (optimism, self- efficacy, mindfulness, coping, social support) and treatment side effects (BR23). Some influence of medical and lifestyle factors were also seen: exercise habits and use of chemotherapy.

The second session of the meeting was dedicated to Neurocognition in breast cancer (BC). The current evidence about neurocognitive deficits in this population was presented by Kathleen Van Dyk (researcher at UCLA Semel Institute & Comprehensive Cancer Center) and the emerging research on this topic was presented by Sanne Schangen (Cognition group leader, Netherlands Cancer Institute). The possible cognitive changes in breast cancer patients were then explained, including the main symptoms and diagnostic testing methods, as well as intervention programs that are now being proposed and applied to this issue.

Berta Sousa, oncologist and researcher at the Breast Unit of CF, presented the ongoing Champalimaud-Helsinki cognitive study, which is a Bounce sub-study that aims to describe the cognitive profile trajectories of patients receiving chemotherapy and endocrine therapy. Preliminary results highlight that patient reports of cognitive complaints are prevalent in both chemotherapy and endocrine therapy treatment groups. However, the primary outcome of this study still needs to be assessed.

Given the comorbidity rates between cancer and mental health issues, the last session, entitled “Biomarkers of Depression in Cancer patients”,  focused on new research in mental health and was devoted to the discussion of some biological factors involved in depression in the oncological population.

Recently, depression has been associated with inflammation of the brain, as there is now evidence of increased levels of inflammation (C-reactive protein and inflammatory cytokines) in some patients with depression. Maria Nettis presented her research about the immune markers of depression and their relevance for patients with cancer, highlighting the need to include biological markers in the assessment of depression that could help personalize the treatment. In cancer patients, the Kynurenine pathway (measured by the IDO enzyme expression) seems to be the common factor between these two pathologies (cancer and depression), with inflammation as the main link.

Shan Siddiqi also showed his research on the novel circuit-targeted therapeutics for depression, demonstrating how we can identify new Transcranial Magnetic Stimulation and Deep Brain Stimulation targets for treating depression. 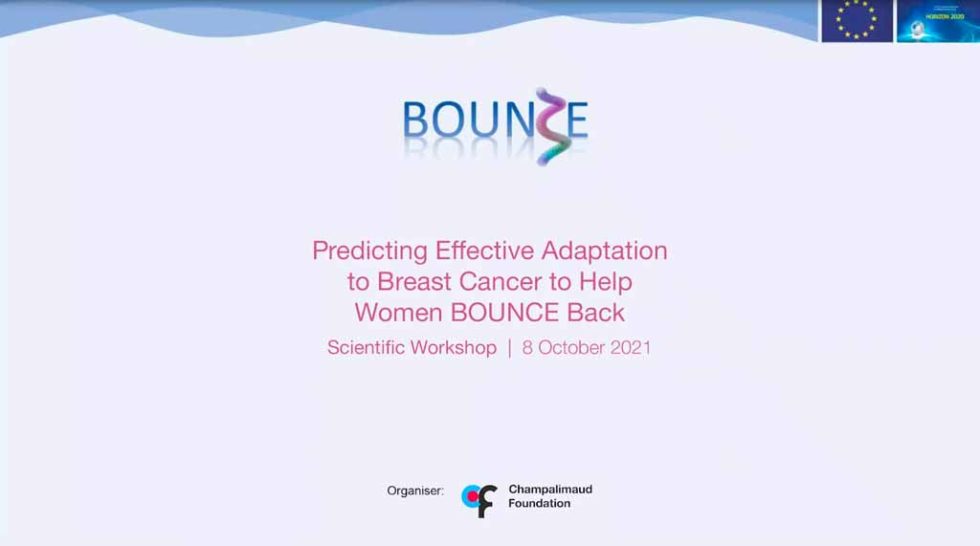 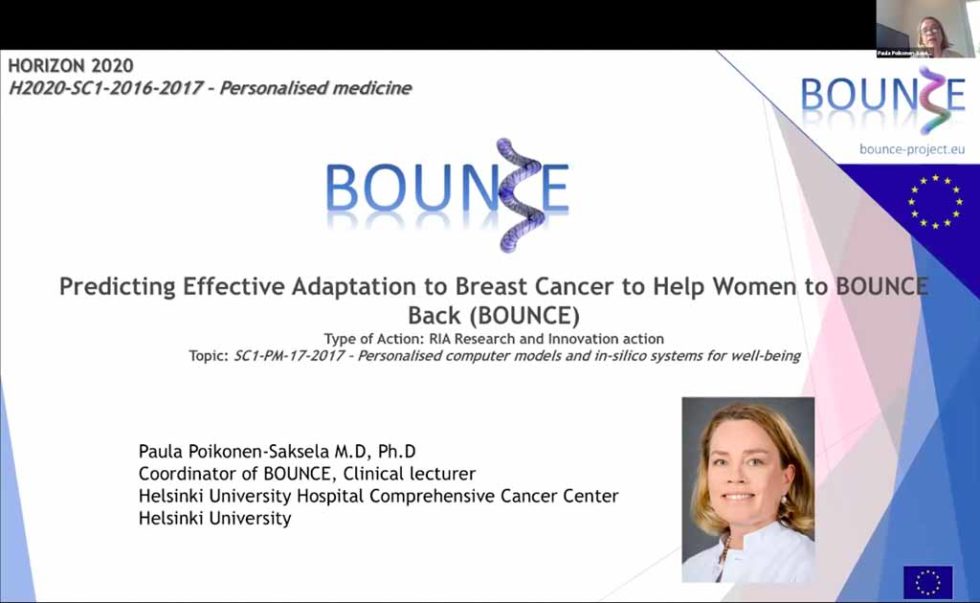 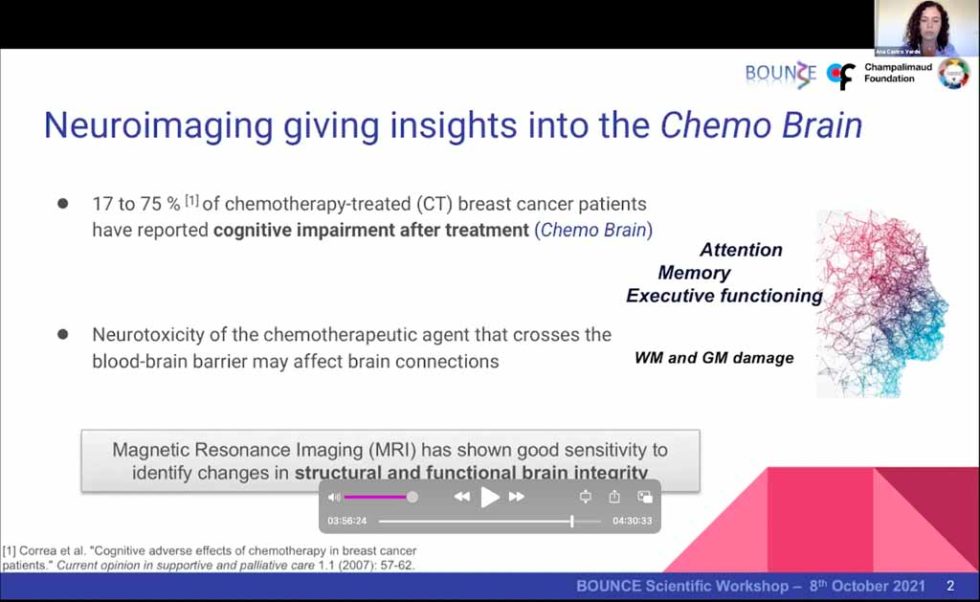 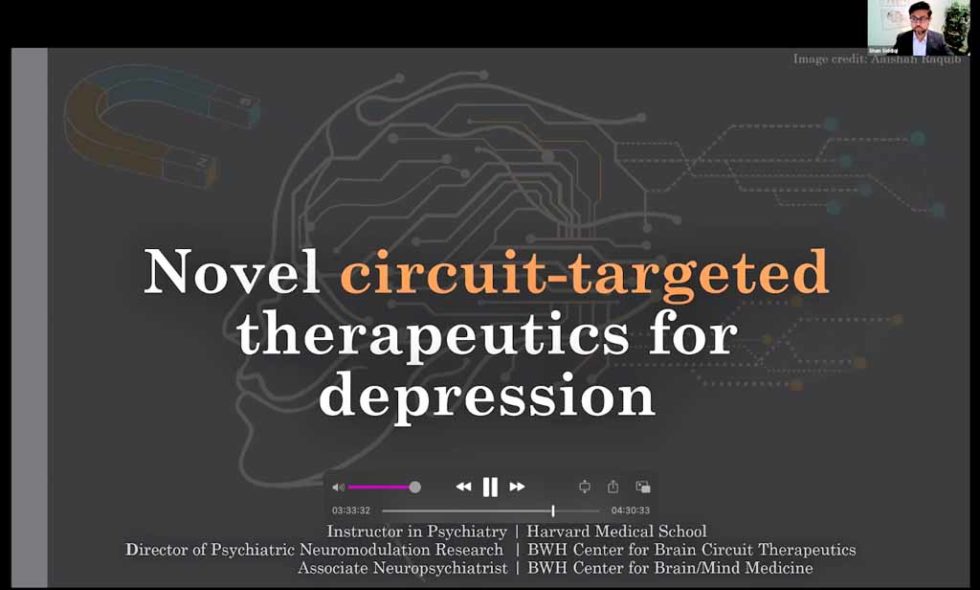 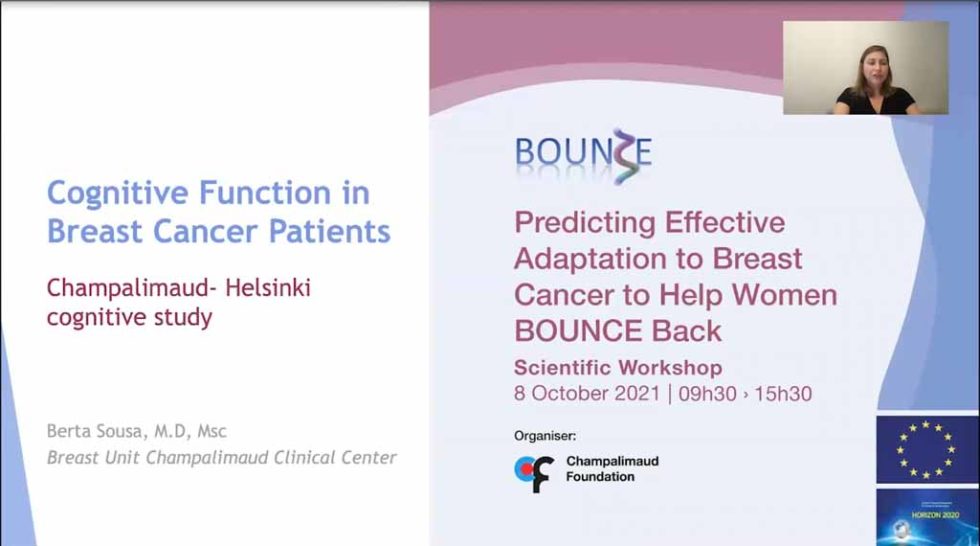 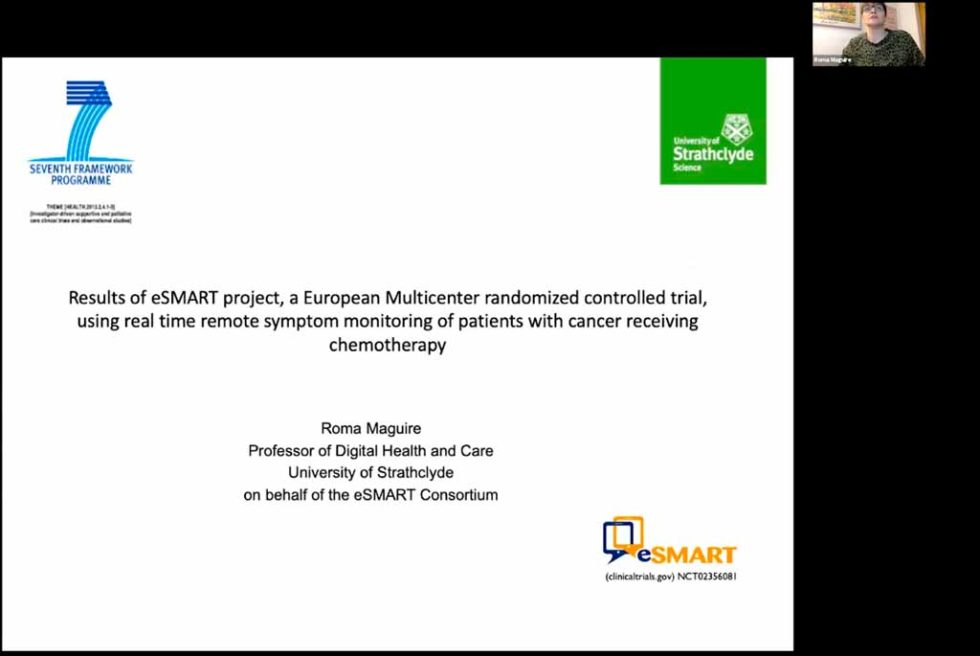 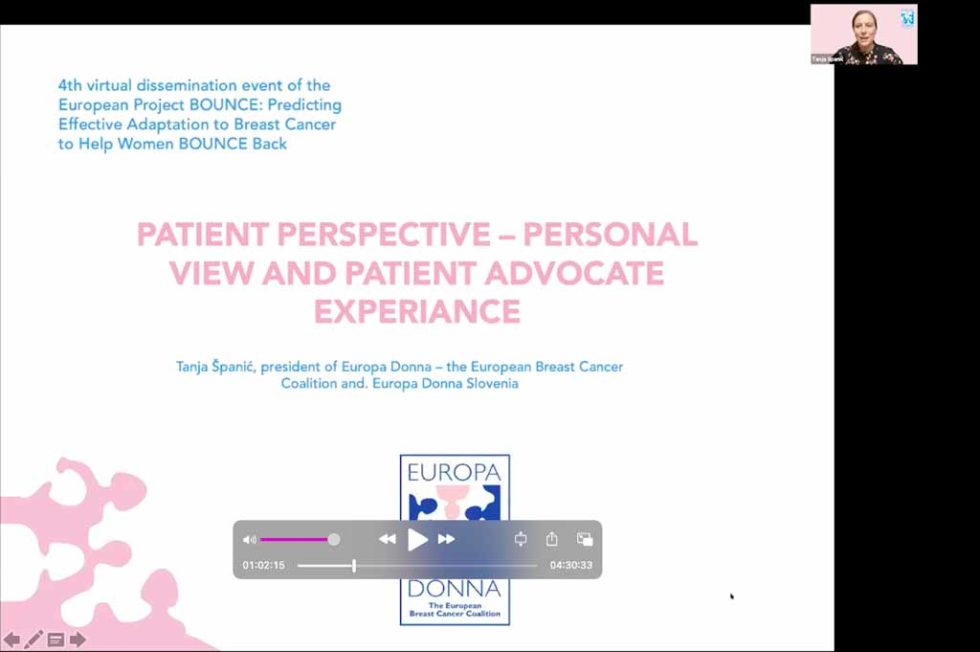 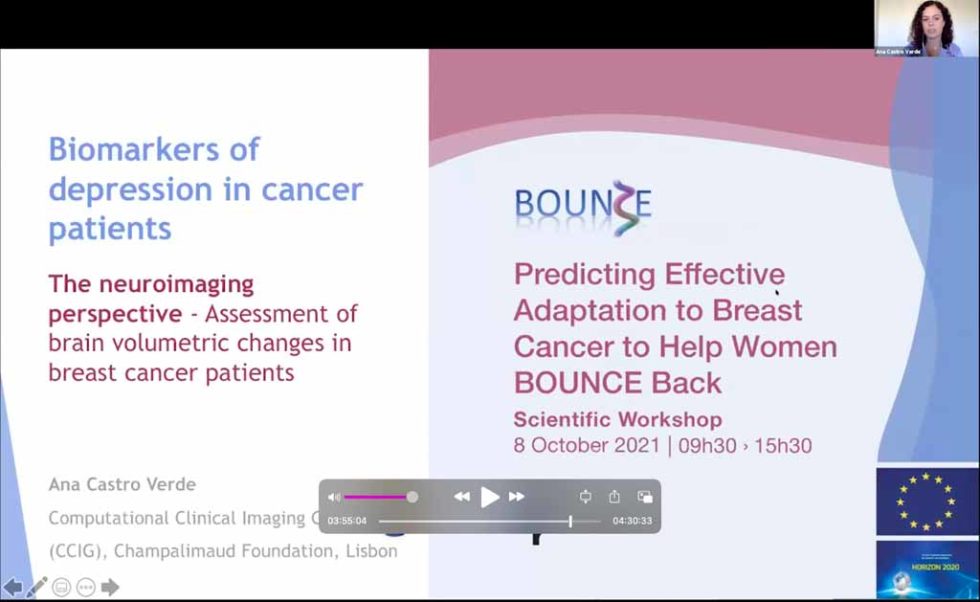 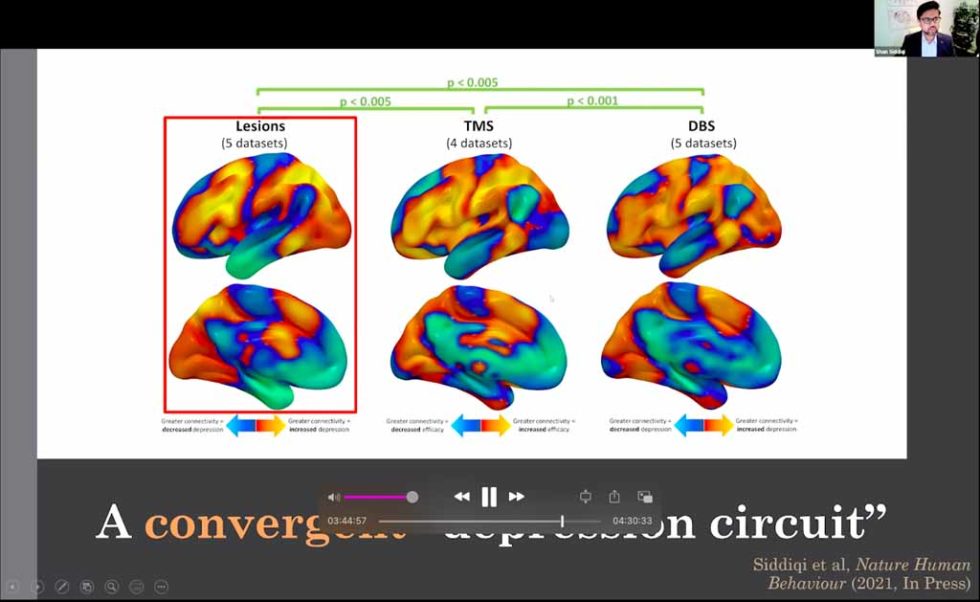 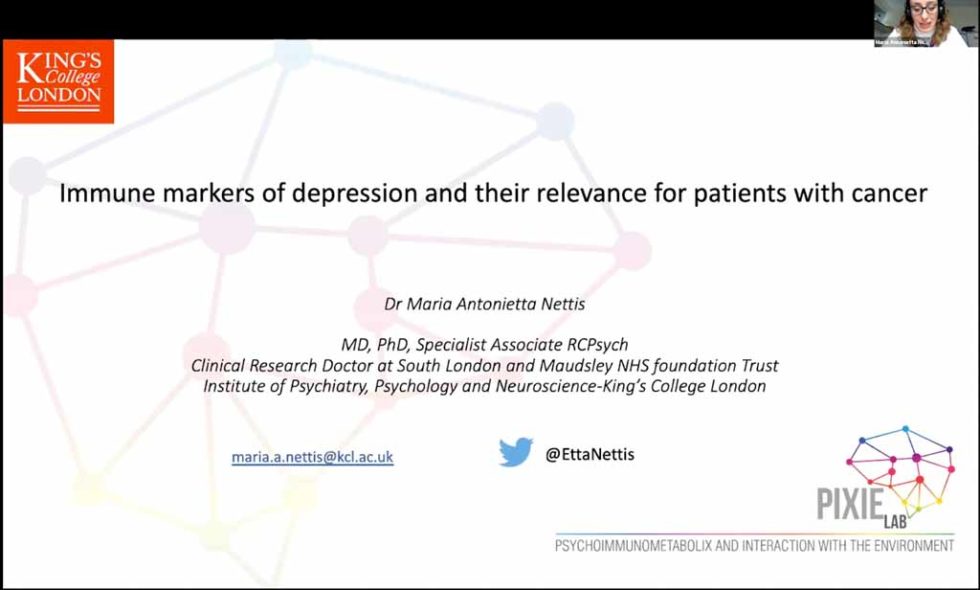 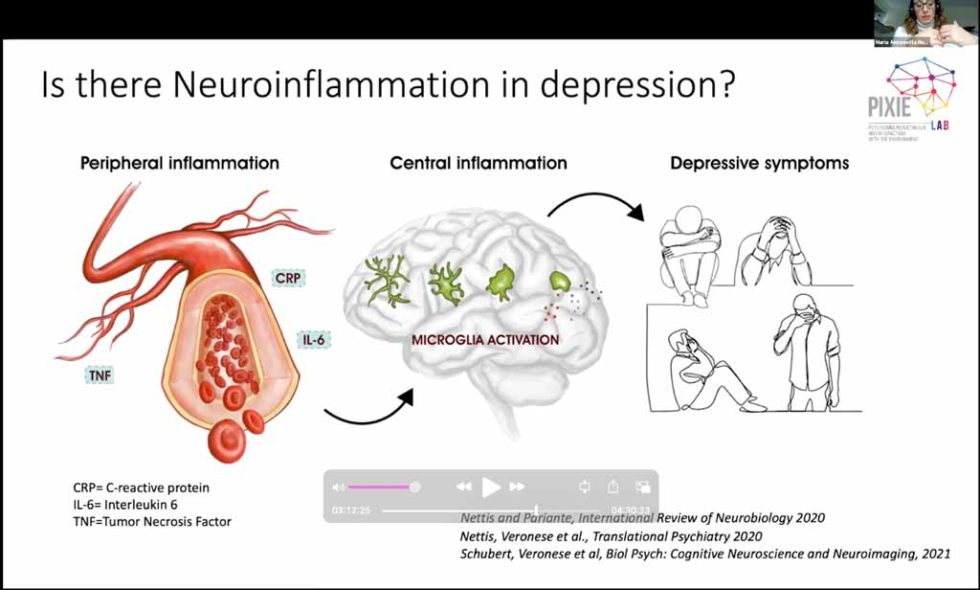 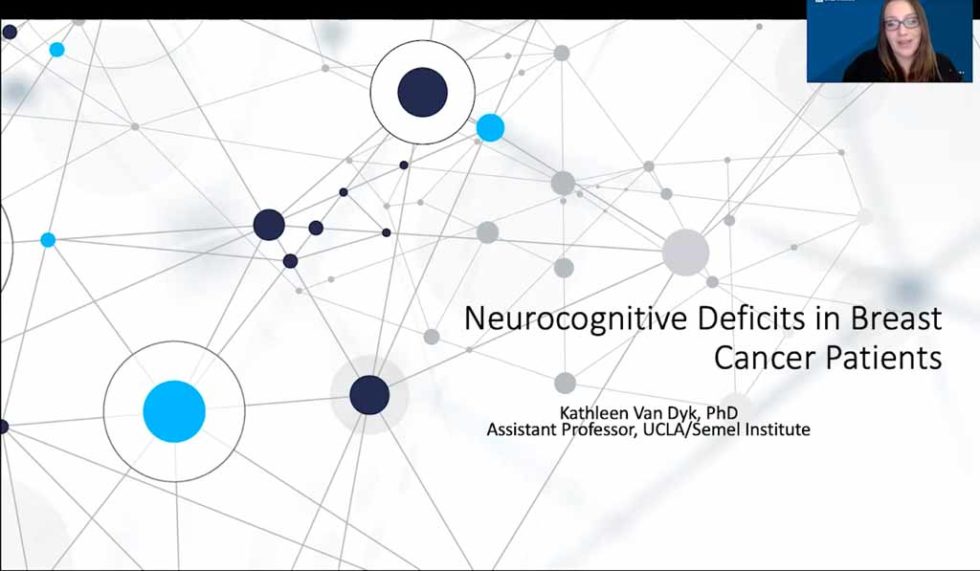 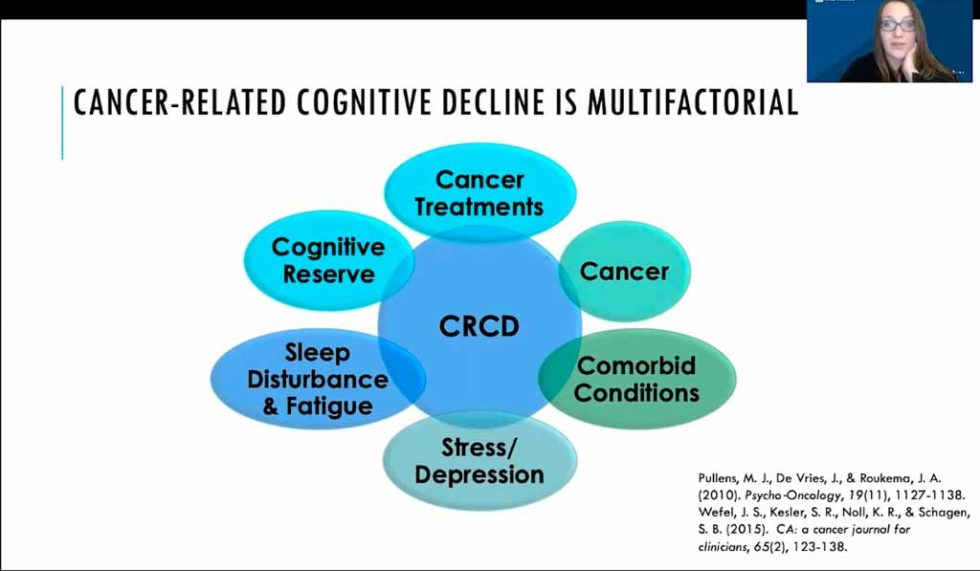 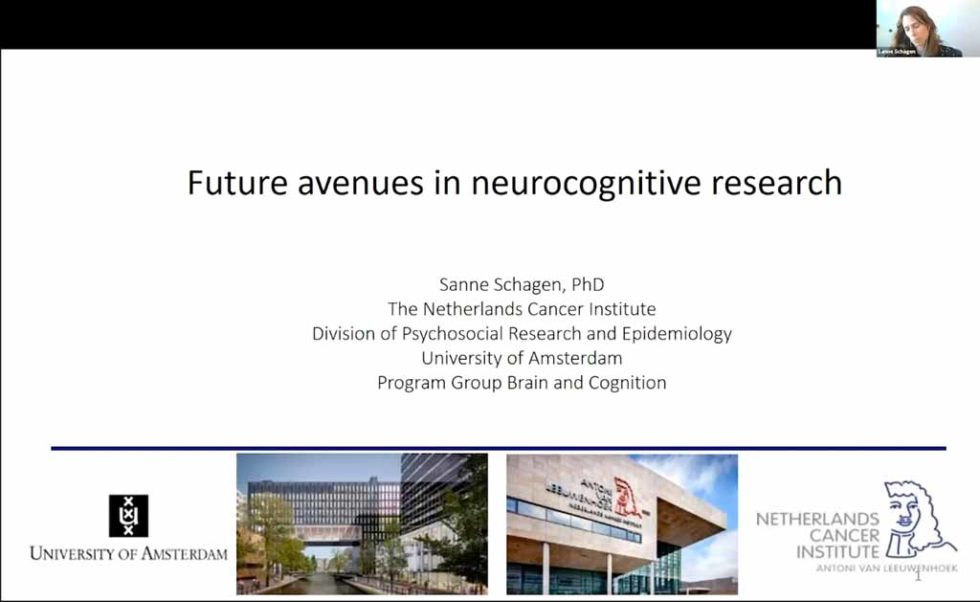 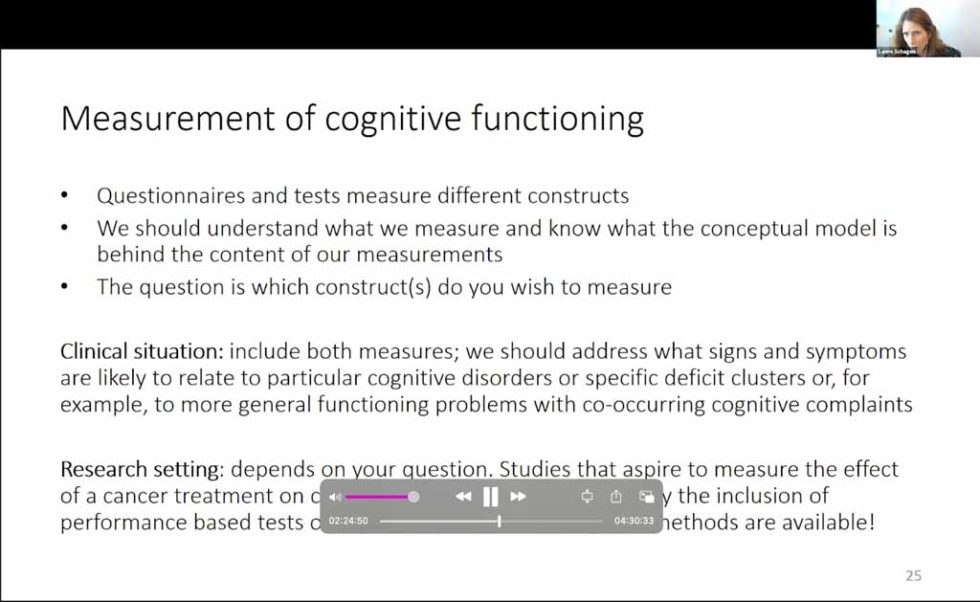 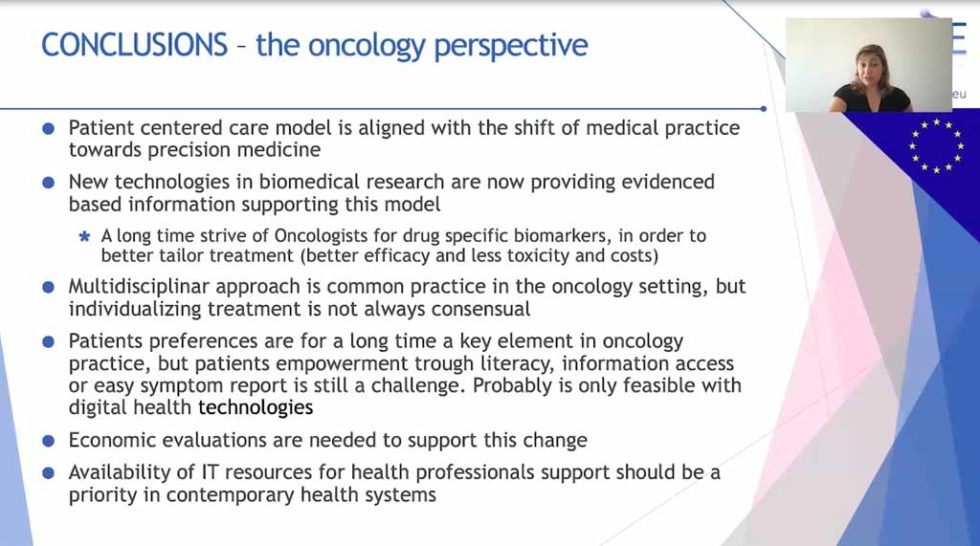